Email ThisBlogThis!Share to TwitterShare to FacebookShare to Pinterest
Labels: 1103. 'Til Death Do Us Part, CRIMINAL MINDS, Season 11, Sneak Peek, Video

Email ThisBlogThis!Share to TwitterShare to FacebookShare to Pinterest
Labels: 1103. 'Til Death Do Us Part, CRIMINAL MINDS, Promo, Season 11, Video 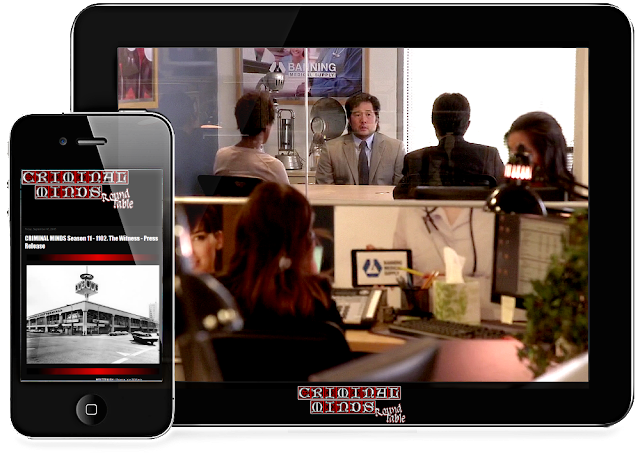 This thread is open for you all to post comments and talk about tonight's new CRIMINAL MINDS episode, titled 'THE WITNESS', written by SHARON LEE WATSON.

Hope you've enjoyed today's episode, and remember that next week we'll have a brand new one!

Season 11, amazing that our show is opening its 11th season! Who would have thought! It is so rare these days to have a TV show that can make it to its 2nd season much less 11 seasons... Extraordinary!

The Job brings our favorite team minus two members back on our screens with a case that will have all the elements of a classic Criminal Minds episode, plus an ending that may open up some new storylines that may be connected to a spoiler that was reveal by Criminal Minds star Matthew Gray Gubler in a recent interview. 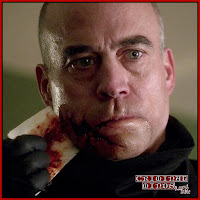 The Unsub is a killer for hire who goes after his former clients in an effort to deal with those who have wronged him. He kills them in a gruesome way too, by injecting them with the liquid he injects himself to feed (he no longer can eat after he was shot in the jaw). This case is based on the Silk Road one the FBI worked a few years ago.

We have a woman who at first we think is a victim, however, she later turns out to be the wife of the SWAT Team Captain, who hired the killer because she wanted her drug dealer dead as he was forcing himself on her as payment for the drugs. Her husband finds out at some point what's going on and strikes a deal with the hitman in lieu of payment. This deal is why he gives up the police movements, why they hide him and why she drives him to and for the crime scenes. 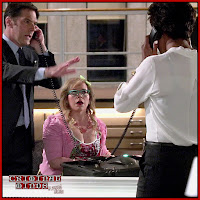 Team wise, they are down two members. JJ is out on maternity leave; we have a cute scene with her and her new son, Michael who is played by her real life son Phoenix Sky. We also meet the new team member, Dr. Tara Lewis, who is played by Aisha Tyler. The introduction of Lewis was, in my opinion, the best since the introduction of Emily Prentiss; it was different and had the merit to give us a glimpse at who this Dr. Lewis is. We know she can be patient; she waited patiently for what seemed like an unbelievable amount of time from the moment she started her job interview with Hotch until it was resumed 36 hours later, when Hotch finally had the time to go back to interviewing her. She also showed that despite not having much field work experience, that when she was called upon by Hotch to help impersonate over the phone the SWAT Captain’s wife she did rise up to the occasion and made it work. 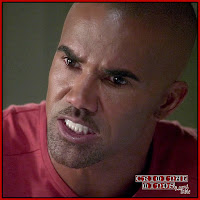 The ending with Morgan and the killer at the hospital had me wondering at first, but on second viewing, I got suspicious... First, Morgan asked the cop who is guarding the killer at the hospital to ‘give them a minute’, and we see the cop leave; I wonder, why would Morgan needed to talk to this guy without a witness? Second, why is Morgan taking this so personal? Yes, he almost got killed, but this has happened before, so why now? Strange. Who are The Dirty Dozen? Cops? FBI agents? Politicians? We know those are the ones who are the next targets. Will there be repercussions for Morgan? The nurse thinks he did attack the man... Lots of questions left unanswered!


In conclusion, as a season opener this was a solid episode with lots of profiling, and an Unsub that didn't take over the story. Breen Frazier wrote a solid, entertaining script in which all team members got to contribute without anyone being left on the side. The introduction of the new character of Dr. Tara Lewis was excellent and made me want to know more about her and I wish she will be staying. Didn't miss Kate much, Dr. Lewis made a much more interesting character. I really liked the reduced cast, it made for a much tighter writing, everyone had something interesting to do, no one had lines that could have been delivered by someone else. Aisha Tyler is a great new addition. She worked very well with Thomas Gibson and Kirsten Vangsness. The ending is, I think, the start of a story arc that may lead to a cast member (Shemar Moore? Pure speculations on my part...) leaving this season; if so, will be interesting to see how this will develop.

NOTE: all images can be seen full size clicking over them

And via Joyce Eng...

Looks like Tim Kang could use some help from Patrick Jane.

The Mentalist alum guest-stars on Wednesday's episode of Criminal Minds and judging by the exclusive sneak peek above, things are not looking too good for him. After a bus is attacked with sarin gas, Kang's character, Charlie Senerak, is...