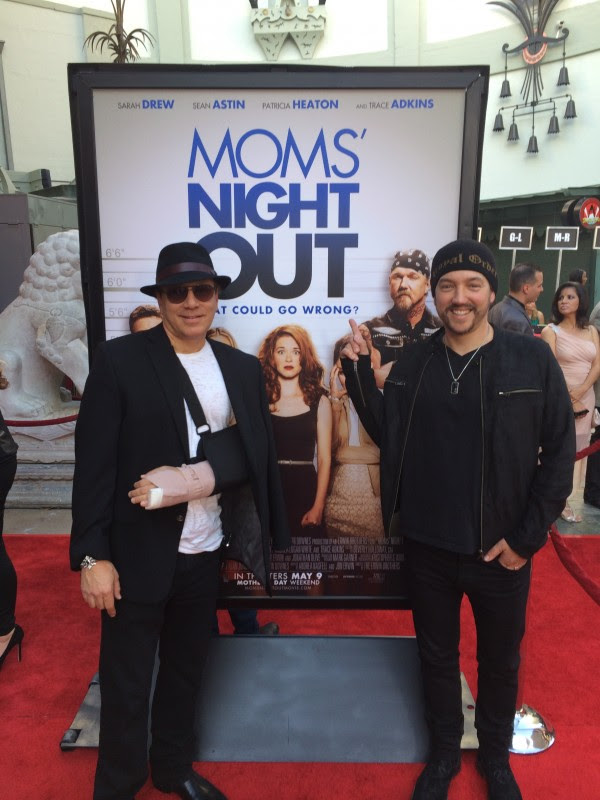 The suspenseful and psychological thrill of Criminal Minds makes the CBS drama one of television's most addicting shows. The talented writers and cast contribute to its success, of course, but there's one essential factor that's often forgotten – the music. Marc and Steffan Fantini have scored the show along with Scott Gordon since the first episode premiered in 2005 and they have helped mold the jaw-dropping moments.

“The way you score it is a huge part of how the audience reacts,” Steffan told Enstars over the phone about shows and films. “If you had this big action scene, or this romantic moment, or a scary moment with no music, it wouldn't really be complete.”

Originally from New York, the two musicians performed in a rock band years before they scored their first movie in 1999 called The Moment After. Since then the brothers expanded their diverse resume to include projects far different than Criminal Minds . Marc and Steffan scored the comedy Moms' Night Out, in theaters now, using a full orchestra, which they hope to do again in the future. They also created a...

To Read More [plus video]: Enstars.com
Posted by SETW at 5:54 PM

CRIMINAL MINDS Season 9 - 24 Episodes Later, You Have Opinions About Them All... Do Tell! 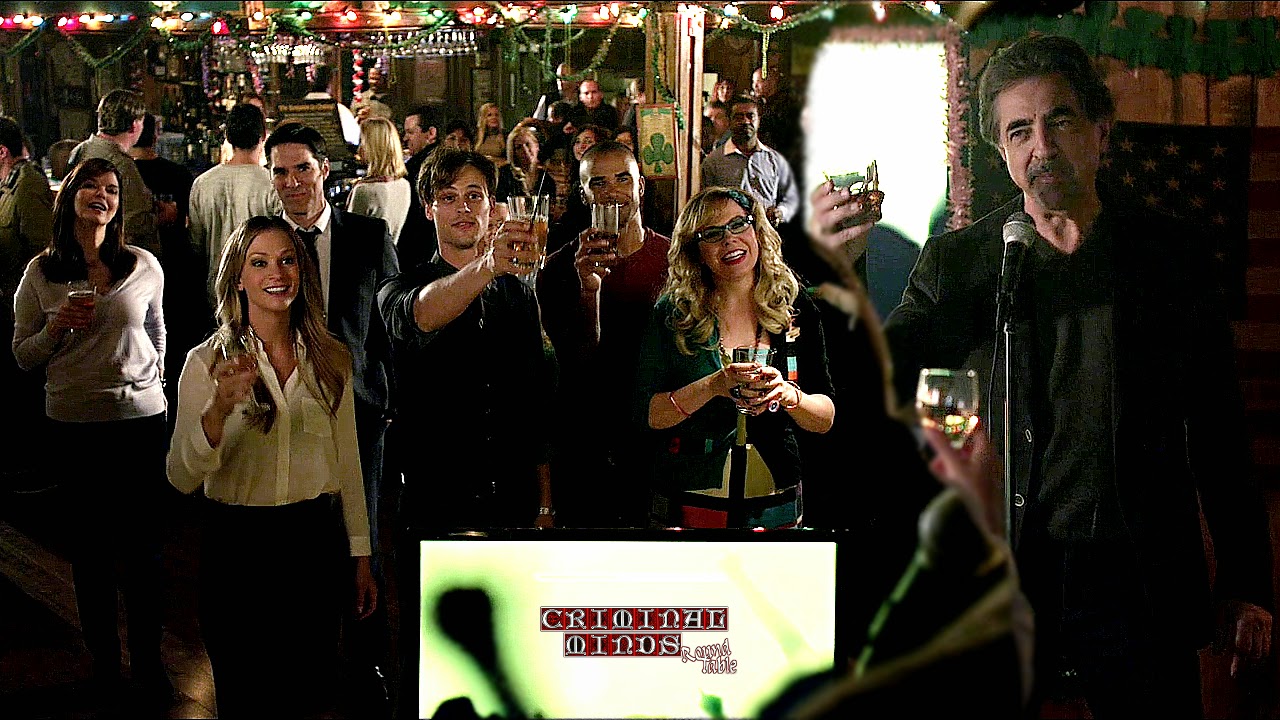 Criminal Minds Season 9 is over with, and what a year it was!

Our favorite TV show reached a milestone, - another one!, - with its 200th episode, and we lost another agent, as Alex Blake left her credentials with Reid in the finale. Criminal Minds had all kind of stories, some about the team members, - Hotch finally faced his guilt over Haley's death, we got some explanations as to why JJ changed so much since her comeback, the BAU got a new Section Chief in Mateo Cruz, who is very different from the type of Section Chief Erin Strauss was,...

Criminal Minds saw itself do very well ratings wise, it beat its longtime timeslot competition American Idol in both viewers and demo, and often tied or beat NCIS as the number #1 CBS drama. And last, but not least, one of Criminal Minds writers, Janine Sherman Barrois, saw her great writing rewarded with a NAACP Award for the excellent 'Strange Fruit'. Yes, this year was a good one for the cast and crew of Criminal Minds!

So, lots happened in the past season, and here you can discuss it all, the good and the bad!

Posted by Criminal Minds Round Table at 10:15 AM 43 comments:

While at the Monte Carlo Television Festival AJ Cook talked about the evolution of her character, the 'bad dream' her firing was, and her problem with reality TV.

The Criminal Minds adventure has been chaotic for AJ Cook. Well known world wide for her role as Jennifer Jareau AKA JJ in the cop show on CBS, she was fired at the end of Season 5. Then she was rehired at the start of Season 7, and now she is getting ready to start Season 10.

She was at the Monte Carlo TV Festival to promote the series, which TF1 is starting to air tonight the 9th season; the Canadian actress talks about the ups and downs, the evolution of her character but also the darkness of the series and the problems she does have with today's TV.

At the end of the 5th season, you and Paget Brewster, the two principals actresses on the series, were fired. Bellamy Young said this morning that female roles are sometimes used to showcase the men in series. Did you have that sentiment at that time?

AJ Cook: All this story was so bizarre. It is almost like a bad dream, as if I woke up and I was talking to you. It all seems like so far away. Thank God the fans complained. That is what surprised me most, more than getting fired. I don't think they did complain because they adored JJ, or because they adored me, but because they didn't want to see the team broken up. That is what makes the success of the series. And the people who took that decision needed to understand this.

Does the fact that the public was behind the character was beneficial in the short term? Is she more interesting to play now?

AJ Cook: I was never bored playing that role, but she is effectively more richer now (NOTE : richer as having more or being more interesting).  She does have more facets. I would not change anything if I could go back. I do not live my life like that. I like to learn, and this situation did teach me a lot. I needed to grow up, to open my eyes to certain things that I didn't want to see but I was forced to see. It actually seems like a fiction and like my character! But I have a huge amount of opportunities. No reason to complain.

Overall, how did JJ changed throughout  the seasons?

AJ Cook:  She never cease to change, and that is also the case in real life. That's my case too. We grow up, we learn, we evolve. When we started JJ was so young and so immature and so marked by all that was going on around her. But even if she did change a lot, the heart of her personality didn't change; she is still the one who still take care more of others than herself.

You still have lots of years to your contract?

How do you manage to work on a series that is so dark? Is it easy to leave all this behind you when you leave the set?

AJ Cook: What is interesting is what we are often told, too violent, too much visually. But we are on a Broadcaster (NOTE: CBS). We are forbidden to show anything! I've come to the conclusion that is the 'Hitchcock effect'.  What we imagine is worse than what we see on the television. This is why some take a step back. But I sincerely think that it would be less critique if we could show it all. If we were 'Dexter', that we would show the stabbings, the blood spatter... And I don't think we have opened the road... Our series is in the end pretty moderated compared to others. I hope it isn't our fault!

Why, Do you think there are too much darkness on TV?

We have the impression that everything needs to be sexy, dark, edgy...

AJ Cook:  This is more problematic for me, more than the darker side. Our series talks about psychology, we try to understand why people are the way they are. My problem is that TV teaches to our kids to wear hyper short skirts, to being odious with friends... Reality TV gives me more trouble...

Posted by Criminal Minds Round Table at 1:09 PM