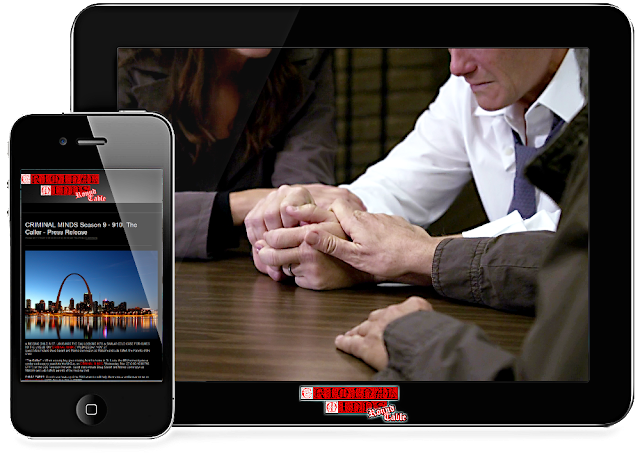 This thread is open for you all to post comments and talk about tonight's new CRIMINAL MINDS episode, titled 'The Caller', and written by Sharon Lee Watson.

Hope you've enjoyed today's episode, and remember that next week we'll get the first rerun of the season.

Happy Thanksgiving to our US Knights, readers and commenters!
Posted by SETW at 9:39 PM 9 comments: 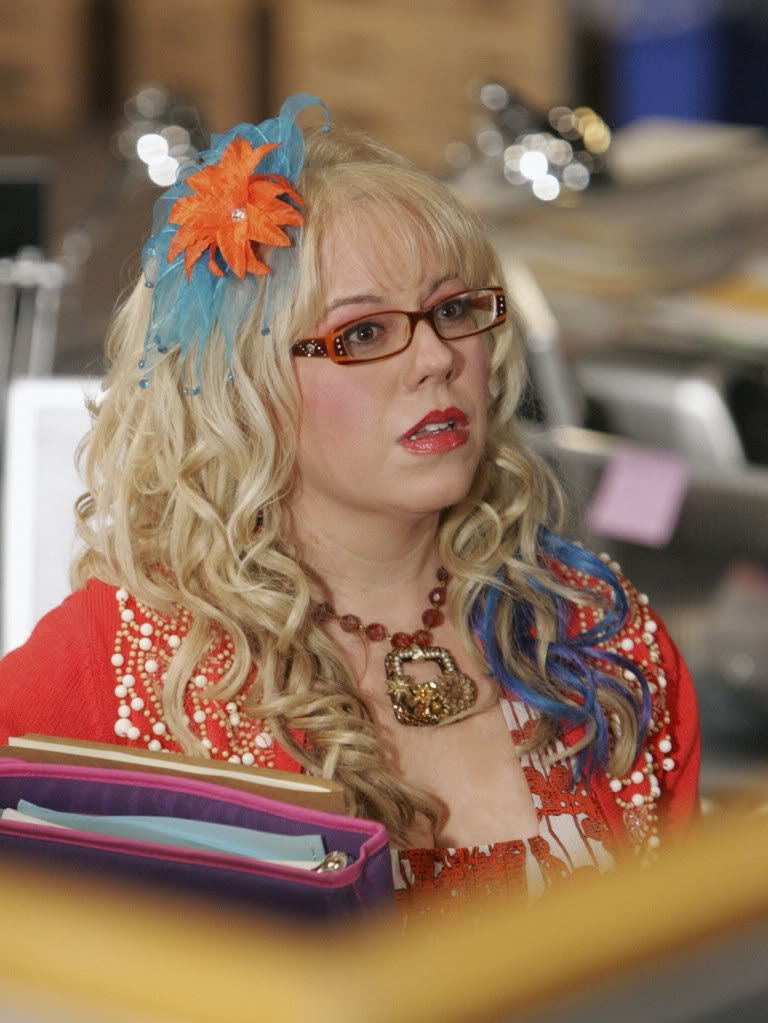 .
Do you have details on Garcia's ex-boyfriend on Criminal Minds? — Charity

ADAM: Royal Pains' Paulo Costanzo will play him and will appear in the 12th episode, which features a flashback to 2004. Garcia will also bump into him in the present day,...

To Read More: TVGuide.com
Posted by SETW at 7:24 AM No comments:

Southern trees bear a strange fruit,
Blood on the leaves and blood at the root,
Black bodies swinging in the southern breeze,
Strange fruit hanging from the poplar trees.


Normally, I watch an episode that I'm reviewing at least twice, sometimes 3 or 4 times. But this one was so powerful, I watched it only once before writing all of this. (Don't worry, Ms. Barrois – I am going to go watch it again and again, after I post my comments.)  For this review, I'm going to go through it primarily by character, because as much as the plot and the editing were superb (and I will comment on those as well), what remains with me most is the portrait of each individual that was highlighted by Janine Sherman Barrois' excellent script and Constantine Makris' expert direction.

LYLE JOHNSON, the son (Seth Gilliam)
Seeing his father kill someone when he was a 5 year old child, well that would certainly explain why he had so many behavioral problems throughout his life.  (And I just have to insert this random shallow comment: his gait when he tries to run away from Hotch after he and his father come home to a yard full of law enforcement…well, it looked goofy, like a Looney Tunes cartoon. It distracted me. But that was probably just me.)  Whatever you thought of Lyle's behavior and motivations (and his abrupt collapse from enraged suspect to crying penitent after seeing his murdered girlfriend's photo left me a bit disoriented) you must admit that Seth Gilliam's performance was gripping.

The younger male Johnson generated an active sense of discomfort and frustration in this viewer, watching his antagonistic “yessuh” antics during his interrogation scenes with Hotch, who is possibly the whitest white man in America (culturally speaking). Why won't Lyle just answer the questions and clear himself?? But then, I'm not a black man, so I've never had to deal with the sidelong glances and “random” stop and frisks and other casual incidents that could create such explosive anger in a man, innocent or not. As the episode's title from the Billie Holiday song promises, this story is inextricably bound up in race and all of the reasons someone once produced a t-shirt for sale that read, “No, white lady, I DON'T want your purse.”

TINA JOHNSON, the mother ( L. Scott Caldwell)
Ms. Caldwell's performance was spot on as a woman living in denial. Immersed in decorating her home, and burying her disappointment over having a boy (her conversation / interrogation with Morgan was memorable indeed!) she seemed the epitome of a gentle southern mother determinedly ignoring her son's troubled behavior and her husband's castration. (Who WAS Lyle's father anyway?? I suppose that's not really important to the plot, but still…I wanna know!)

CHARLES JOHNSON, the father (Glynn Turman)
1st warning sign: The Johnsons are described as salt of the earth.
2nd warning sign: …involved with the Neighborhood Watch,
3rd warning sign: …and have lived there for 35 YEARS!
4th warning sign: “Tina wanted a pool but we knew we’d never have time to use it.” Oh really? We did, did we?

Yes, here we come to the TRUE masterpiece (and I use this word deliberately) of this episode: Glynn Turman's performance was... words truly fail me!   Much of the success or failure of STRANGE FRUIT rested upon his shoulders and he bore the load without breaking a sweat. Transforming from an apparently stern but warm father to a controlled serial killer filled with hate…WOW.  The fact that I am not writing much about Mr. Turman is a case of "less is more": nothing I say can really compare to his cobra-and-mongoose dance with Rossi, which I plan to watch repeatedly. 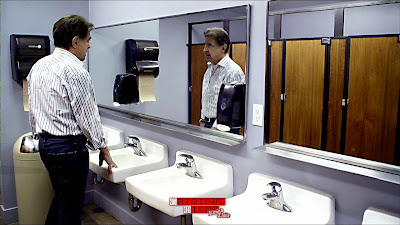 SSA DAVID ROSSI (Joe Mantegna)
Joe Mantegna's acting during his scenes with the not-so UnSub (but that's okay, it's a duel here, not a hunt) was stellar! Superb! Subtle! Pick an “S” superlative! His scenes rose to the Clarice-and-Hannibal level of SILENCE OF THE LAMBS.  Our beloved Rossi, sharing a shameful period of his youth, left me hoping right until the bathroom scene that it was merely an embellishment to taunt the suspect, as he did in THE RECKONER.  His look of self-disgust in the men's room said it all. Alas.

I thought that Morgan's self-righteous reaction to Rossi afterward didn't take into account the era (how many decades ago? four? five?) and the age: sure Derek was picked upon as a sapling in Chicago, but there was unlikely to be a white kid nearby that his classmates would torment in addition to him. 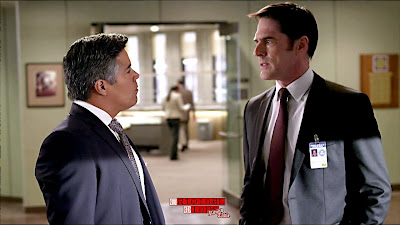 SECTION CHIEF MATEO CRUZ (Esai Morales)
I liked his interplay with Hotch, where the seasoned interrogator explains his technique to the expert administrator who's seeking to learn about field work.  It provides insight for the audience (“Oh, so he WANTS to get him mad!”) about both the delicate balance of a BAU agent's interrogation, and the new Section Chief's seemingly genuine desire to learn. More Esai Morales please!

In terms of his archly alluded to “assignment” with J.J., just as with The Replicator last season, the hints and teases leave me cold, as does the post-DoD J.J.  Actually, an affair between Cruz and J.J., though possibly tawdry, would be more interesting than whatever-this-is, since the team’s constant travelling and long hours are not kind to marriages.

PLOT, EDITING, and all that other GOOD STUFF
The interrogation flow, between the BAU and all 3 Johnsons, was masterful.  Having a skilled veteran director such as Constantine Makris, whom I first noticed as a cinematographer on the original LAW & ORDER, definitely paid off.  He was able to keep the tightly plotted events flowing smoothly, while at the same time eliciting riveting performances from his three leads AND the regulars. Even the “introducing the dead bodies” couple before the opening credits acquitted themselves quite well.

Having never seen a shooting script, I am not quite sure how much of the brilliant editing (revealing key plot/profiling details) throughout STRANGE FRUIT is due to the director or the writer, so I am going to split the difference and say they were BOTH awesome.

Rarely have I noticed such pointed commentary about racism in a CM episode*, but I think confronting the elephant in the room makes this a stronger rather than a weaker episode.  [Aside from Morgan's hilarious wisecrack in A REAL RAIN  about a white serial killer being able to get a cab before a black man -- “Well, he got picked up in the pouring rain by a New York cabbie, so we definitely know he's not a brother” -- it seems to me CM rarely tackles race on a sustained basis.] But as Hotch pointed out in NATURAL BORN KILLER, horrific abuse doesn't always create a serial killer.  However, it does helpfully provide endless fodder for future UnSubs.

Yes indeed, Season 9 is definitely harkening back to classic CRIMINAL MINDS, and improving on it in this case: I despised the flamboyant theatrics of MASTERPIECE, but THIS episode provides a worthy cat and mouse dance, akin to SOUL MATES. After the disappointment of Season 8 (where I seriously considered giving up on the series) this fan is as pleased as punch! Bravo, Janine!

Posted by Criminal Minds Round Table at 2:21 PM No comments: 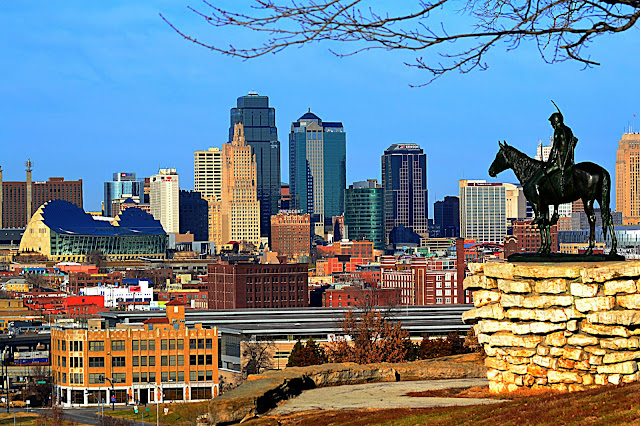 BLAKE, HER FATHER AND BROTHER ENDURE A TENSE REUNION WHEN THEY MUST WORK TOGETHER ON A MURDER INVESTIGATION, ON “CRIMINAL MINDS,” WEDNESDAY, DEC. 11

“Bully” – When the BAU is called to Kansas City to investigate a series of murders, a tense reunion ensues between Blake and her father, a retired police captain, and her brother, a detective, who must work together to help solve the crime, on CRIMINAL MINDS, Wednesday, Dec. 11 (9:00-10:00 PM, ET/PT) on the CBS Television Network.

WRITTEN BY: Virgil Williams
DIRECTED BY: Glenn Kershaw
Posted by SETW at 5:51 PM No comments: