For the Unsub in Parasite, there is no better question.

We can safely presume that his name was William and his affection for his son seemed genuine enough, but beyond that, there was little real substance to the man. He was all cleverly created personalties, but no true one.

His entire life was devoted to the gathering of possessions - cars, houses, whatever. Always the best, no settling. When he was single, it was for the flashy lifestyle, when he was married - it was to provide the perfect home even. Ironic when you consider how much he was doing to destroy that perfect ideal with every con he ran.

William didn't start a killer. He was a con man who used his good looks and charm to seduce the often bored housewives and then he would piggyback that attraction to get in with the husbands. From the sounds of it, he was running a Ponzi scheme or two - taking money from some, shuffling it to others in order to get even bigger and better investments.

And it worked until the woman he was using to find his marks figured him out. It worked until he snapped and killed her. From there, everything he had created - his personalties, his "perfect life", all unrivaled. And that - beneath the handsome smile - was a narcissistic sociopath - a man with no care for the hurt and pain and violation he causes. .

It's a shame William died - the follow-up interviews for them would have been fascinating. What makes a man like this?

There were several parts of this ep that I quite enjoyed.

I always love competent LEOs and this one certainly was. He was emotionally invested- so much of his professional career has been spent following and getting to know him. The scene where we're introduced to boxes and boxes of files was fantastic.

William's wife was great as well - she loved him, but she didn't trust him and this led to the truth for him, but a horrible and painful one.

The mistress he impregnated was equally brilliant - just in another way completely. She was self-centered and wrapped up into herself and what she wanted. When William's wife asked her if she had known that William with married with a child, the mistress said no. Considering William refused to ever stay the night, well it seems to me that it would have taken a wonderful amount of self-delusion for her not to know that he had something else going on. When William was killed, the shot of her closing the door to the horrible blood and chaos - well, she was just making it go away. She just wasn't going to deal with it.

I wasn't fond of Victor Webster's performance. It was far from bad- completely competent - but it also reminded me of Eddie Cibrian from IN NAME AND BLOOD. In fact, some of the scenes - like the ones of William with his son in the car - held a lot of sameness.

Considering what happened to Hotch so recently, you would think he would have a reaction to a mother and child in jeopardy. The show - to me - is at its best when its characters and its audience relate to the situations being encountered. This was so eerily familiar - a madman attacking a wife and child - it would have been nice to see as little as Hotch taking a deep breath after. It hasn't been long for him, still such an open wound. It's okay to show it every now and again.

Loving the beard back on Morgan.

Not digging the bangs or makeup on JJ. And crikey, what was that shirt she was wearing at the end?

I give this ep a solid B. A good story with a complicated unsub that wasn't cut and dry. Something created him, something drove him. We never got to that, but that's reality. Far too often, we're defined by our actions and not our genesis. In the end, all that matters is that it's over and he can't hurt anyone else ever again and yet, that's just the final page- this was a man with a volume worth of pathos.

"Oh what a tangled web we weave when first we practice to deceive." - Sir Walter Scott

Posted by Sir Gareth at 2:07 PM No comments: 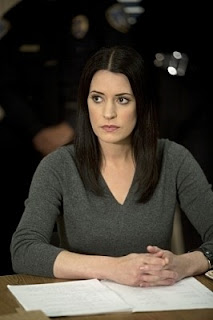 Criminal Minds star Paget Brewster has revealed researching for the show has made her a bit paranoid.

The 40-year-old, who plays Special Agent Emily Prentiss in the crime drama about an elite team of FBI profilers who analyse America's most twisted criminal minds, revealed she has since installed "Pentagon-level" security at her house.

She said: "My boss gave me the FBI manuals, the text books that the students have to study about sexual homicide and serial killers and serial rapists, and there are photos in those books that you can never erase from your mind, that you really don't want in your mind."

Posted by Criminal Minds Round Table - Sir Perceval at 10:09 AM

Joe's prediction for the Super Bowl! 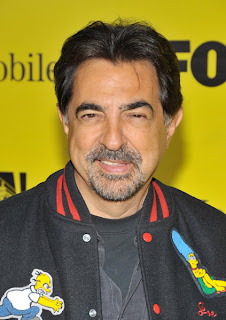 Joe has given his prediction the for the 21st annual Scripps Howard Celebrity Super Bowl Poll.

"New Orleans, 28-17. I think it's time for New Orleans to have a little good come their way, and since Indianapolis felt an undefeated season was unimportant, let's keep it that way."

Source:http://www.naplesnews.com/news/2010/feb/04/celebrities-super-bowl-prediction-serena-shaq-hulk/
Posted by Criminal Minds Round Table - Sir Perceval at 9:50 AM

Mandy Patinkin will be seen in the world premiere of Compulsion by Rinne Groff at the Yale Repertory Theatre in New Haven, CT, January 29-February 28, 2010. In the play, Mandy plays Sid Silver, who wants to bring the story of Anne Frank to the American public by translating the diary and adapting it for the stage. But his passion spirals into a lifelong obsession when a New York publishing house reveals its own plans for what would become one of the most powerful and enduring documents of the 20th century.
Posted by Anonymous at 9:50 PM

The BAU is summoned to Rhode Island to investigate a serial killer in Providence who is murdering random victims in highly visible places just to generate public fear.

CRIMINAL MINDS: More Behind the Scenes pictures from Parasite 5.14 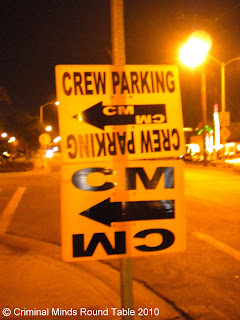 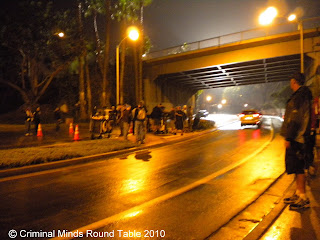 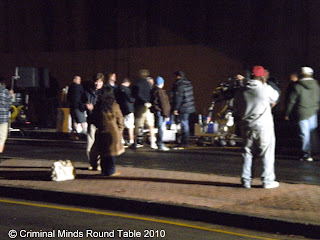 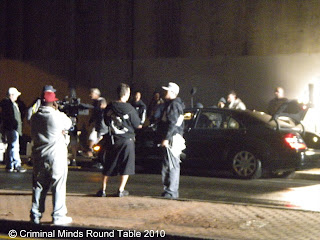 THE TEAM PROFILES A CON ARTIST WHOSE CRIMES ESCALATE AS HIS LIFE BEGINS TO UNRAVEL, ON "CRIMINAL MINDS," WEDNESDAY, FEB. 3

More behind the scenes pictures from Parasite (5.14) These pictures were taken during the filming of the episode on December 17, 2009.
We'll discover what's in the trunk of the car when the episode airs.
Posted by Sir Bedivere at 9:36 PM 3 comments: 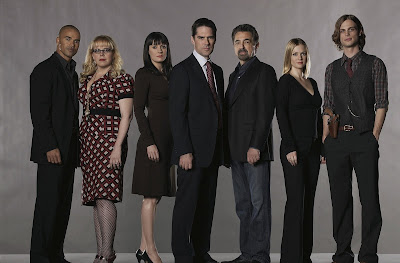 The BAU is summoned to Rhode Island to investigate a serial killer in Providence who is murdering random victims in highly visible places just to generate public fear. 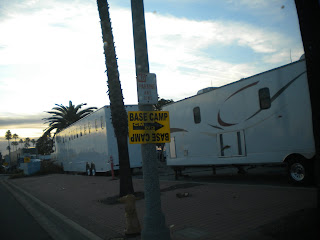 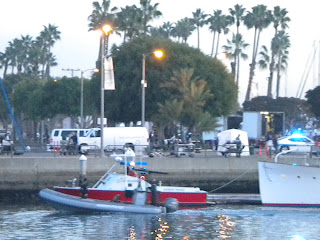 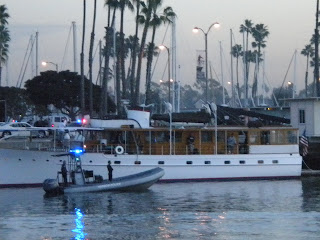 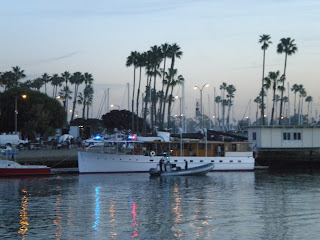 THE TEAM PROFILES A CON ARTIST WHOSE CRIMES ESCALATE AS HIS LIFE BEGINS TO UNRAVEL, ON "CRIMINAL MINDS," WEDNESDAY, FEB. 3

They had a camera in a boat on the water and appeared to be focusing on either the other side of the yacht in the pictures or the yacht itselt.
Posted by Sir Bedivere at 10:36 PM 1 comment:

Paget Brewster shows reporters from La Folie Des Series US the set of Criminal Minds - or Esprits Criminels - during the filming of Retaliation.

We know that Emily Prentiss speaks several languages and Paget is deft at bringing those skills to our screens. Here Paget speaks French and conducts a tour of the bullpen, the BAU round table room, and the jet.