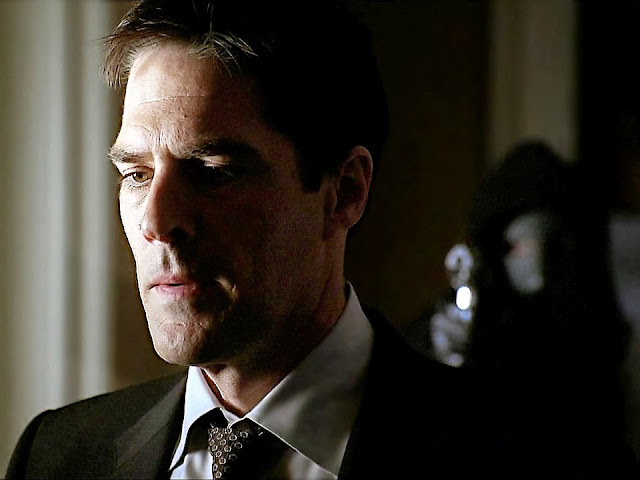 HOTCH'S INJURY RELATED TO HIS STABBING BY THE REAPER PUTS HIS LIFE ON THE LINE, WHILE THE BAU SEARCHES FOR A MISSING TEENAGER, ON “CRIMINAL MINDS,” WEDNESDAY, OCT. 23

“Route 66” – As Hotch fights for his life due to complications from his stabbing at the hands of George Foyet, a.k.a. “The Reaper,” he experiences visions of his late wife, Haley, and his nemesis, Foyet. Meanwhile, the BAU searches for a missing teenager and investigate her estranged father as a suspect in her disappearance, on CRIMINAL MINDS, Wednesday, Oct. 23 (9:00-10:00 PM, ET/PT) on the CBS Television Network. Meredith Monroe and C. Thomas Howell reprise their roles as Haley Hotchner and George Foyet, respectively.

CHEAT TWEET: The Reaper returns 2 haunt Hotch when complications from the stabbing put his life at risk #CriminalMinds 10/23, 9pm 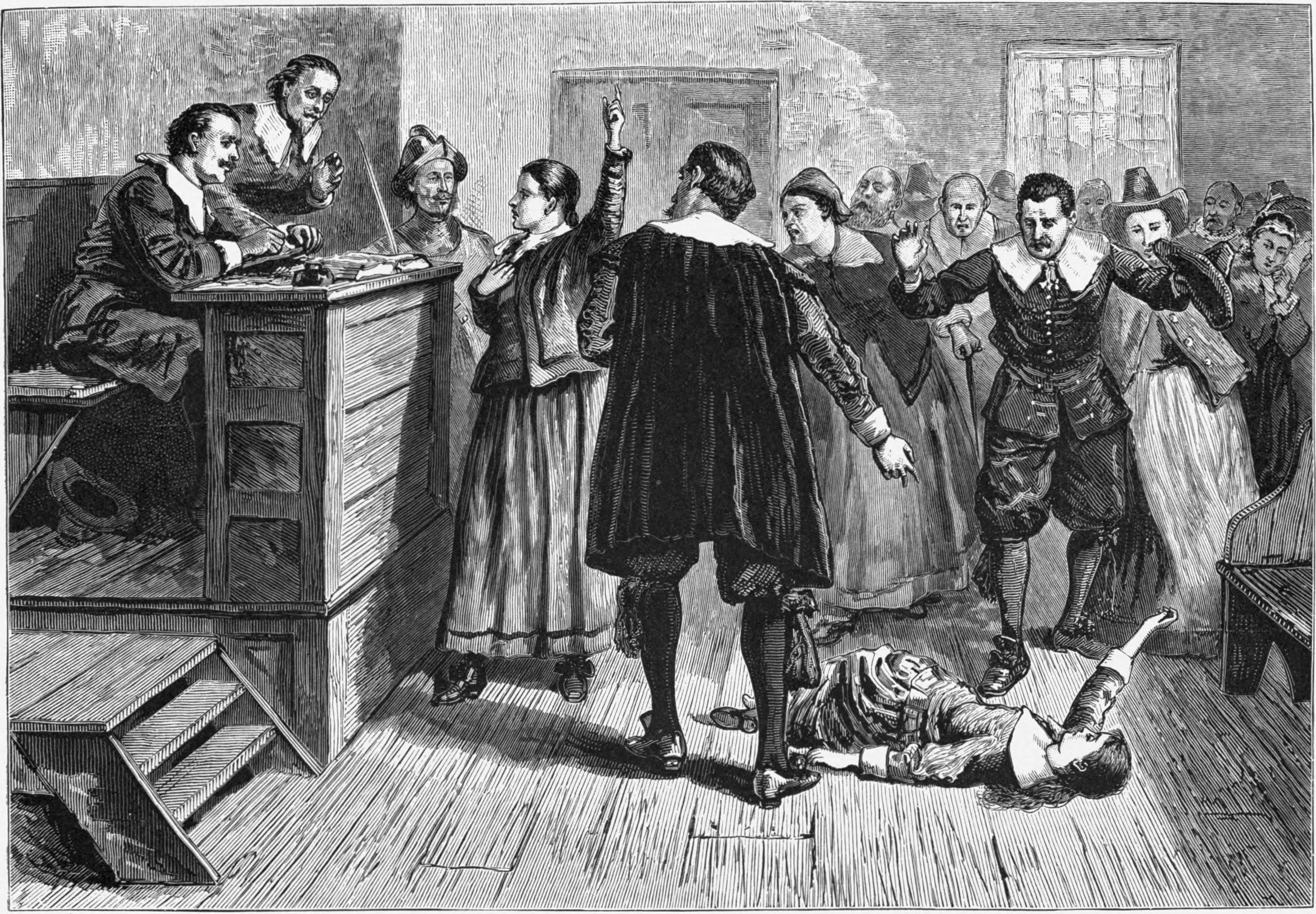 “In the Blood” – When the BAU investigates victims of possible ritualistic murders in Utah, clues lead them to believe that the UnSub they are looking for might have a fascination with the Salem Witch Trials. Also, Garcia prepares for a “Day of the Dead” celebration at her apartment, on CRIMINAL MINDS, Wednesday, Oct. 30 (9:00-10:00 PM, ET/PT) on the CBS Television Network.

Posted by Criminal Minds Round Table at 10:18 PM No comments: This thread is open for you all to post comments and talk about tonight's new CRIMINAL MINDS episode, titled 'Final Shot', and written by Sharon Lee Watson.

Hope you've enjoyed today's episode, and remember that next week we'll get again a brand new one!
Posted by SETW at 8:57 PM 29 comments:

The first time I saw the promo for 9x02 at the end of 9x01, I was in disbelief. EVIL TWINS?! You can't be serious. And then I thought, "Well at least they've never done THAT tired trope before now... except for Reid's wisecrack about the EVILER twin in season 4, in THE ANGEL MAKER... saaaaay... Hmmm..." And then, THEN I realized it would be a Breen Frazier-Larry Teng episode, so instead of jumping the shark, it might be a DEEP BLUE SEA situation, where the shark eats the headliner in a truly startling fashion. HA! (Not saying who, in case you haven't seen the movie.)


Opening Quote - Derek Morgan:
"We are not only our brother's keeper, in countless large and small ways we are our brother's maker." Bonaro Overstreet

I love Breen Frazier. I love @LarryTeng. I really, really love when they team up together to deliver a smashing episode of CRIMINAL MINDS. Their previous collaboration was GOD COMPLEX in Season 8. @LarryTeng also worked with @RickDunkle on the excellently disturbing BROKEN last season.

(Side note: Breen selected excellent bookend quotes. While the bookends sometimes sounded pretentious in Seasons 1 and 2 (a\k\a The Gideon Era), by now, the show has settled into its own skin, and has an ever wider array of sources, so the quotes are like sprinkles on top of a gory cupcake.)

The first time I watched THE INSPIRED, it kept me guessing all the way through to the end credits. The second time I watched it, I admired all of the craft – no, artistry – that went into its execution... and made notes for what to watch for during my third viewing. The THIRD time... the THIRD time I realized that I had never watched an episode - repeatedly - with such absorption since the days of Andrew Wilder (LUCKY, NORMAL, OMNIVORE, etc.).


IN FRONT OF THE CAMERA

Camryn Manheim: Like a gun on the mantel in a mystery play, when you bring her on as a guest star she had BETTER go off by the final curtain. Happily, she blew everyone away like a howitzer! (Yes, I am cackling with maniacal glee.) Her tearful, sympathetic performance in THE INSPIRATION (9x01) evolved into the malignant narcissist that Hotch so accurately tagged her as in THE INSPIRED.

She is Mommy Dearest from hell, because not ONLY does she appear so normal to outsiders (who are not BAU profilers), but she expertly messes with the minds of the insiders, her unfortunate sons.  For example, Carla Hines' comments are frequently ambiguous – it IS hard to be a single mother, without help, and of TWINS no less. But THEN, something else slips out of her mouth that leads to a "WTH?" moment.

Fred Koehler: was a marvel in the dual roles of Wallace Hines and Jesse Gentry. Poor Wallace was doomed by nature – a paranoid schizophrenic for a birth father, a sociopath for a birth mother – AND nurture (nothing like having 100% of said mother's attention focused on you to really fertilize any psychopathic tendencies). He had to subtly (but not TOO subtly) indicate which twin he was portraying at any given moment using only his acting (!) and the occasional baseball cap. Watch his facial expressions and body language as the dynamics between Wallace and Jesse change.

The BAU profiles! Yes!!! There was a whole lotta UnSub screen time, but we also got to see the team in action, trying to puzzle out a nuclear [like a bomb] unit that made The Collins clan in A FAMILY AFFAIR (8x16) seem tame (no slight against @iKimHarrison; Kathy Bates and William Russ were still jaw-droppingly demented, but I've known adoptees who have JUST a few anger issues with their birth parents).

Closing Quote - Aaron Hotchner:
"They mess you up, your Mom and Dad. They may not mean to, but they do. They fill you with the faults they had. And add some extra, just for you." Philip Larkin


Another favorite moment: Hotch the former prosecutor facing off against the partner at Jesse's firm (Douglas Olsson playing Mark Anderson, JD). All of the partner's scenes were vaguely distracting because I finally realized today: he bears a nagging resemblance to Robert Shapiro, one of the original OJ Simpson attorneys. Ack!

Okay, gotta go. Need to watch this episode again. (At which point, I may write an even longer and more obsessively detailed critique on my blog page, because there were just so many scenes that made me cackle with delight, such as Reid's straight-faced compliment of Bill Robbins' artwork. Brilliant.) See ya!

72 players were divided in 16 teams, with prizes for the four best teams..., and the last team too! In the end, the top teams were:


Multiple Sclerosis is one of those cruel illness that can affect anyone of us at anytime without warning, but will change your life forever. If you can help, finding a cure is a worthy cause. Thanks.
Posted by SETW at 10:20 AM No comments: