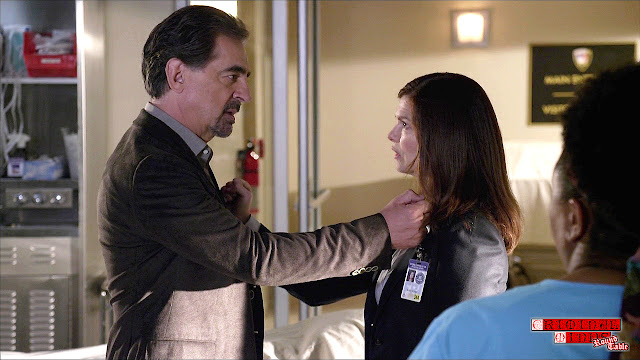 The crime:  The latest episode of Criminal Minds takes our team to Michigan where two affluent Caucasian couples from Grosse Pointe were found murdered in the trunks of their cars, which were then dumped in urban downtown areas of Detroit.  The couples have been held for almost a week before their bodies are dumped. All victims have upwards of 50 stab wounds each, most of which are shallow with one fatal wound that ended their lives.

The case:  Rossi and Blake quickly determine that the couples are being forced to stab one another. Reid deduces that the each couple was abducted while out on their usual “date night”, and thusly our unsub had been stalking them and knew their routines. JJ and Morgan check out the victims' cars and find that the luxury cars had their on-board computers systems and remotes hacked.  During their initial investigation a new victim is discovered. This time it is just a woman, her husband having had to break their usual date because he was called out of town. Their unsub has broken his pattern, and the team concludes that he must have been forced to abduct a man to replace the latest woman's husband… victim #6.

The profile:  The team profiles the unsub to the locals. Based on victimology they are looking for a white male between 30-40, and since he is able to subdue a couple so easily, he fits in and is unsuspecting, which means he is probably also from Grosse Pointe. He is an equal opportunity anger retaliatory sadist  meaning that he hates the husbands as much as the wives, probably due to his own failed marriage and/or relationship. 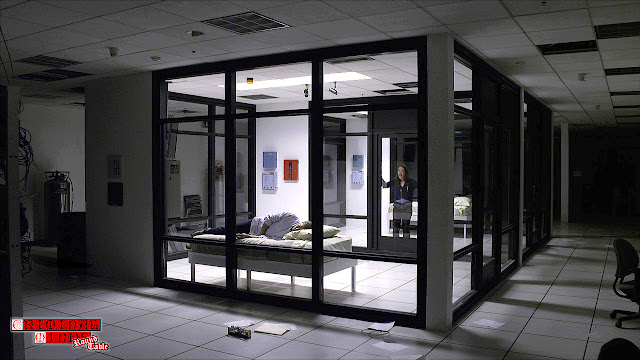 The case continues:  Another lone woman (Emma) is taken from a drug store parking lot and taken to the unsub's secondary location. Emma wakes up to find herself in a glass cage with a strange man (victim #6) in a separate glass room. She speaks to the man and finds out his name is Phillip and that he has been held by the unsub since April. Suddenly a screen turns on and a masked figure tells them to begin. Phillip apologizes as he pulls out a knife. Phillip explains that Emma needs to stab him as part of the madman's game. Not wanting to, Emma is forced to stab Phillip. She injures him but not fatally.

During a meeting with 3 of the major auto manufacturers, Hotch and Reid request that the information auto makers download from GPS tracking systems be turned over to the BAU. Using that information, they are able to find one common location visited by all of the victims… a local track and field venue. That, coupled with missing person reports that had been filed recently for men in the Grosse Pointe and Detroit areas, leads them to the possible identity of victim #6. Blake and Reed meet with Phillip's mother to find out if he could be the man that was kidnapped and forced to kill the last female victim. After meeting Phillips mother and finding out he's sick and is a cutter, they now believe that he is not only victim #6, but also the unsub.

Catching the unsub:  Phillip's wife had been married when he first met her and Phillip didn't trust her not to cheat on him too. Maya had recently left Phillip due to his constant jealousy and spying, which resulted in his psychotic break. The team finds out where Phillip has been holding his victims captive and bust in to rescue Emma before he can kill her. Phillip holds a knife to Emma's neck threatening to slit it open. Knowing they need a way to get into his head, Blake arranges for JJ to bring Maya to see Phillip. Phillip releases Emma when Maya says she is willing to talk to him but only if he releases Emma. Phillip lets Emma go and he is taken into custody before anyone else can be harmed. Once he is secured, Maya reveals that she doesn't even want to look at him and leaves Phillip handcuffed and screaming her name. Emma is reunited with her husband and the team goes home.

Blake: This week's team moments revolved around Blake's doctor husband returning from his work with Doctors Without Borders to announce that he's been offered a teaching opportunity at Harvard. James explains that he wants to be a couple again and has told Harvard he will only accept the position if Alex is given a job teaching linguistics there too. Blake has a lot to consider and spends the case talking it over with James and also with Reid. In the end, she tells James to take the job at Harvard but she is going to stay with the BAU, and will visit him on weekends and holidays. At least Boston is much closer to where he's been living. It was nice getting to know a little more about Blake and her life outside of the BAU.

Breen Frazier's episode was what I've come to expect from CM lately. It was good but I'm still waiting for an episode that wows me like in the past. I did like the twist finding out that victim #6 wasn't a victim at all but the unsub, but I suspected that almost as soon as Emma started to interact with him.

Bring on the season finale. I'm hoping it is as good as last year's!

Posted by Anonymous at 5:31 PM