We open up this episode where A Badge and A Gun left off. The imagery that Thomas Gibson used to ramp up the tension right from the beginning was excellent. That box, which looks so much like a coffin turns out to be the packing crate for what we discover is a rather evil looking mutation of a BDSM’s St. Michael’s Cross. Nothing soft and cuddly ever comes from using a St. Michael’s Cross, trust me.

I have to give Shemar Moore kudos for maintaining that look of disassociation while filming that opening scene, that couldn’t have been easy.

I so enjoyed the easy transitions Thomas Gibson gave us from reality to Derek’s mind sequences. Throughout the whole episode it just seemed to flow naturally.

I’ve read around the internet that some folks didn’t quite believe Derek’s reactions to his own kids when meeting them in that first dream sequence. I myself thought it was spot on. Real Derek has no idea what his mind is going to conjure up to protect itself in advance, therefore we got the timid, hesitant and confused Derek as he enters his home. I really enjoyed the "Twilight Zone" look Derek had through those sequences in his house. I think if I had been having those hallucinations, especially of Hotch telling me to do the right thing regarding my job or my family, I would have thought I was in the "Twilight Zone" myself. 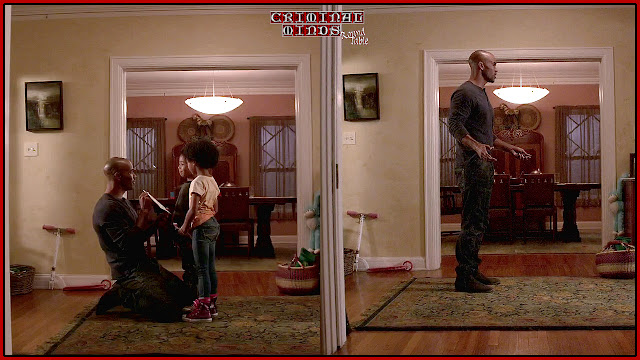 What I especially loved in this episode was the fact that we 'knew' what was happening to Derek... We sort of saw it, but yet there was no real in your face blood and guts gore. The scene with the phosphorous burning his chest started on Derek's bare chest but I loved how Thomas cut to Derek and his father in that field and all we saw was the glowing hot line through Derek's shirt. Just as the scene where Derek goes ‘fishing’ for that SAT phone chip. I knew what he was doing. Thankfully I didn’t have to ‘see’ what he was doing. The bloody hands holding that chip was enough for my mind to imagine what he had just done. As a viewer I understood that reality Derek was suffering agonizingly and was forced to do things that normally would never happen, but yet I wasn't forced to be a voyeuristic witness to it. Again kudos to Thomas for directing it that way. 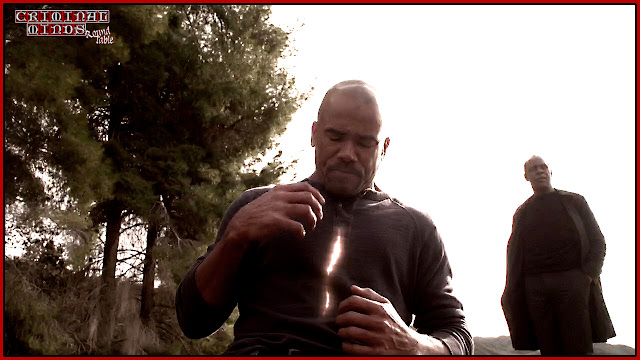 One aspect that I went 'hmmm' was in the scene where drugged, tortured and in massive pain Morgan was able to gain the upper hand get a gun and virtually kill all his attackers himself. While exciting to watch and well done, the concept of this just made me raise an eyebrow.

There were some continuity issues that gave me pause. I did very much like that Derek was able to ‘remember’ things Reid and even the others had said to him in ‘real time’ that helped him survive. I got a chuckle out of Dream Derek’s version of Garcia walking into that field. It was just the right amount of levity to lighten the darkness of the episode. I also, liked how again Penelope was able to instill in Derek that “The Team” was working with him in a sense. That his mind was extended into her realm (computers), so use it. 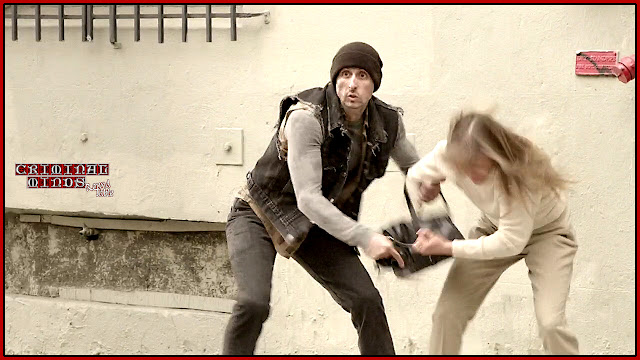 And I'm sorry Breen, love your work this season but man, oh man!, continuity is 'not' your forte. Longtime fans know that Derek's Dad was killed by a robber while they were in a convenience store in Chicago. Not on the street with Dad trying to stop a street mugging, while heading to a convenience store. I am 'hoping' that Hank Morgan's comments in that field to Derek about "Go back to the beginning" regarding Derek's victimology is a glimpse of something still to come.

While personally I would have preferred more of the rest of the team I am very content with their roles as each member was written correct to their characterization. I know lots of people loved the fact that Reid ‘made the kill shot’ to save Derek, reaffirming the so called Derek/Spencer bromance, however for me it felt a bit off for Reid. I’m not a big fan of Reid using a gun, period. I always held to what Gideon told him about “You don’t have to use a gun to kill someone” when I think of Spencer in those situations. I would have much rather have seen Hotch storm through the door to Derek and maybe have a line from Hotch about “trusting Hotch with his life” in reference to the Derek/Hotch conversation at the end of Mayhem. But that is a personal preference and takes nothing away from the overall excellence of this episode. 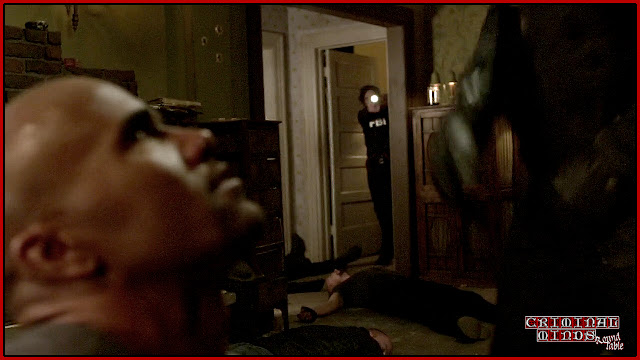 The ending was fairly predictable based on Hank's conversation with Derek in the field about Savannah, but what struck me was Hank's admission to Derek about "his son" that Savannah is pregnant with. Boy, is Derek gonna have some 'splainin' to do to her about how he knows that one! LOL! 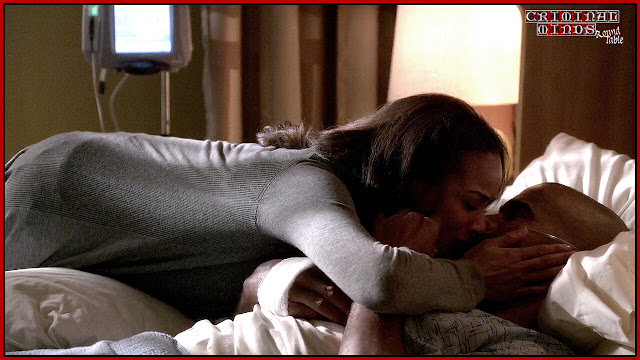 Overall the episode was wonderful. Well written, superbly directed, marvelous performances from the entire main and guest cast. Everything came together in this episode so much so that I can overlook the niggling mistakes and enjoy the overall episode.

While I’m sure there are a lot of fans/viewers wanting explanations about why Derek? Why do these people want to do this? What’s the cause, the reason for all this? I’m positive that the reason we didn’t get answers is because this episode wasn’t the end of the situation by a long stretch. I’m looking forward to Criminal Minds 250th episode that should provide us with more answers as to the remaining unanswered questions from this episode. I’m also looking forward to Episode 18 which seems like it will be the wrap up for this whole arc.