This was not my episode to review, we were about to break tradition and the premiere was to be all mine. Instead, and due to a family mishap, Merlin graciously offered to switch places with me, tradition was kept, and this Knight feels now the luckiest Knight of the Round Table... because this Knight thinks that this is one of the best episodes of the last few seasons, with probably the best profiling scenes since Season 5.

In my mind, to achieve the result we expect every week from our show, a outstanding episode, three things are needed: a solid, psychologically sound case, plus a writer that focuses on the main characters' work, writes their voices in character and gives all of them something important to do, plus a director that understands Criminal Minds and knows what to show - and what not - to visually play with our imaginations. Let's talk about all three.

Getting into this episode I was torn between two contradictory feelings. On one hand, Thomas Gibson as a director has become a favorite of mine because I like his visual direction choices, and above all else, how much of a actors' director he is, for the guests too, but more important, for the main cast. On the other hand, I have always found Bruce Zimmerman correct but never outstanding, and in some cases too fond for my liking of his Unsubs. 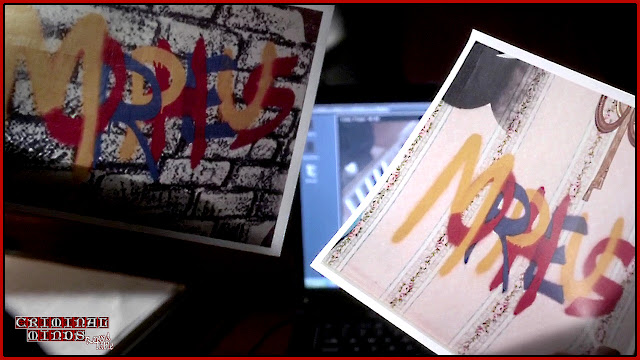 After watching it, I can safely said that I got two big wins: Gibson's work was as good as ever, and Zimmerman wrote a astonishingly good script, of the likes we have not had for years now.

I can't remember the last time I enjoyed an episode so full of high quality profiling, with so many scenes showing the team working the case, each of the agents tapping on their personal expertise. 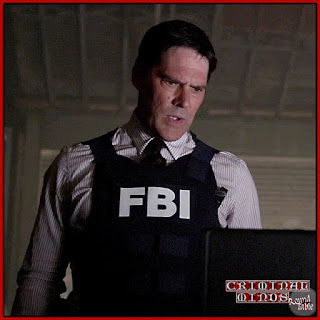 I'm a Hotch Knight, and was a joy to see him once again in full leader mode permanently on top of every detail of the case, while making good use of his natural, enhanced by experience and study, profiling skills; Hotch's leader side and his experienced profiler side have shown from time to time during the last seasons, even if rarely at once in the same episode or for all 42 minutes of it. 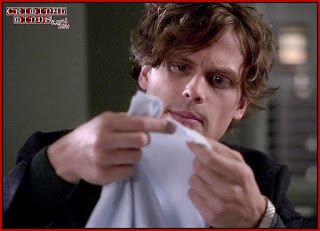 What I wasn't expecting to ever see again was Reid's true skills put to work from start to finish of a case. I thought I was going to die of shock... that is how bad things have become, when this should have been the norm, always.


If that shock wasn't enough, another came the moment Garcia acknowledged that she was getting nowhere by herself and... gasp, needed the profilers' help! There was no magic computer work, that horrid thing didn't show its horrid head, not even a single peek-a-boo; every one of her findings was hard won, and won following the input of the agents... Aaaaaaaaaaaah, the good ol'days! 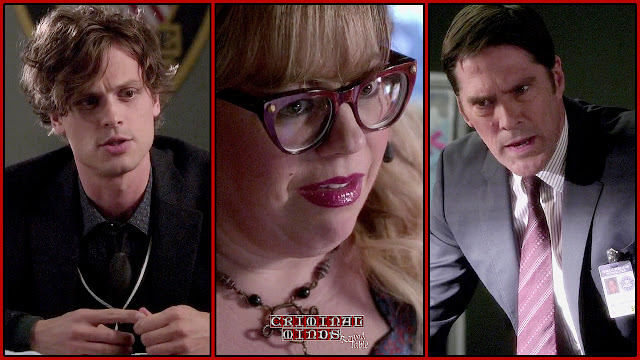 Rossi was Rossi, no sappy-Rossi, no uncle-Rossi. Experienced, full of insights - about the case and about his teammates too, - Rossi. The best thing about sarcastic/witty/sassy Rossi is when he doesn't show up at every turn, because it is not constantly needed, and when is needed, overexposure lessens the impact. 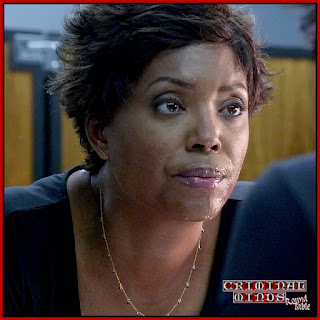 I understand that right now Lewis is the only female field agent of the team and they can't afford to use her much less than her male counterparts. Still, and as good as the character is and as well characterized as she is by Aisha Tyler, she is a recurring character being overused and she already got the subplot all to herself. In this instance, taking a bit from her and giving it to Morgan, who was surprisingly underused, would have rounded the balance of the episode.

I, like some others have already pointed to, am extremely glad Lewis' personal life wasn't turned into a soap. True that her ex now tops the list of Unsupportive Partner of BAU Agents because he acted like a cretin without any reason that went beyond being utterly selfish, but her reaction was awesome. Yes, she was hurt, but from her flipping remark to Rossi and Reid in the bullpen, to her conclusion that she does the work she does, and is passionate about it, for herself, her story feels like a breath of fresh air.

And talking about Rossi and Reid in the bullpen. Is good to know that some things never change; Rossi doesn't get Reid's jokes yet, and Reid doesn't get Rossi's yet!

Gentrification should be good, and is on paper; it means a derelict area of a town/city is revamped and given a new, much better life. Of course, bring the theory to life and often it means that the people who live in those areas, - usually with low-income jobs, maybe of scarce education, many struggling to make ends meet, - are evicted by the new, affluent newcomers, because gentrification means among other things that prices go up well beyond their means.

Nobody wants to be forced from their home, and they don't want that either. But their lack of means extends to when the time comes to fight for what is theirs, for their homes and their neighborhoods. Street artists sometimes become their voices, sometimes with great repercussion too. Such is the case of street artist Banksy, who has become a mysterious legend, and is the inspiration for this episode Detroit's Morpheus.

When Morpehus turns murderous the BAU is called, and while en route, Morpheus turns kidnapper. And while is true that the initial victims were linked to the gentrification Morpheus was denouncing, nothing made sense at this point.

At this point is when the great profiling started non-stop until the very end. Theories were exposed and explained, some were discarded right away, others accepted and studied further to be discarded later or taken even further, depending on where the new data that kept coming led them. Getting it right from the get go so screentime can be wasted with the Unsub; that is what we have got these last seasons, and that is NOT how the BAU works and certainly is NOT what this show is about. Zimmerman went back to basics this time around and proved that no matter how many years have gone by, it is more than possible to write wonderfully well for our show. Proved too that showing any kind of gore, or extreme violence, is completely unneeded. 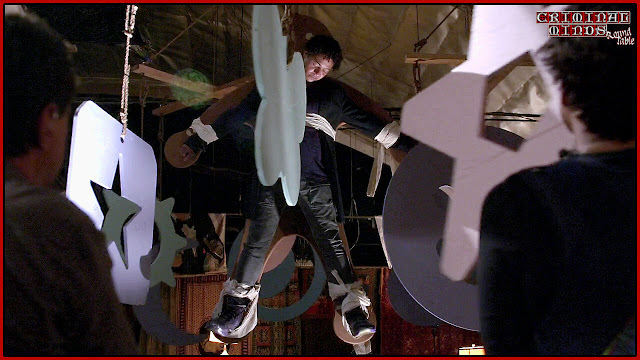 In the end Morpheus wasn't a murderous... woman, but a grieving mother who had found a way to mourn while feeling useful and honoring her dead kid's memory. Her kid's father, on the other hand, came 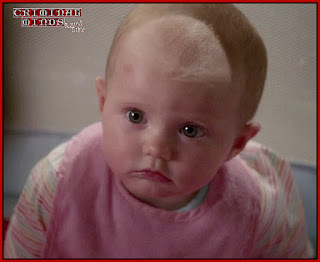 unhinged with his dead, or more than he already was (you aren't ordered to mandatory psych eval unless it is noticeable that you have problems). His attempt to redo his life was feeble at best, and fell apart fast when confronted with what should have been an unremarkable event. This Unsub was intelligent enough to plot a convoluted scenario where he could destroy Morpheus' good street cred, call her attention enough to lure her and have a "reason" to kill her, all the while without harming any innocents; in his mind none of Russell Pearson, the Wallaces, Markus Ivey or Corey Marlin fell into that category. The baby, Corinne, did and was never at risk with him; wouldn't have been good for our health to know that from the beginning, right? 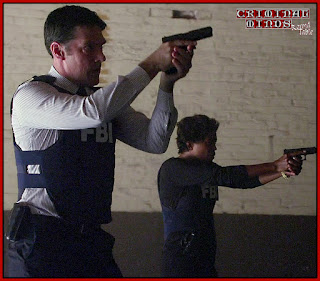 Have only a couple of details to pick on. Both times, when Rossi and Lewis go in search of Markus Ivey - suspecting that he may be in trouble!, - and when Hotch and Lewis go following the - by then suspected! - Unsub's instructions to the abandoned warehouse, they go without backup. I don't mean they had to alert the rest of the team and take them away from whatever work they were doing, but they leave from the Police Station; was that difficult to snatch a few cops and bring them along, even if only to secure the surrounding areas? 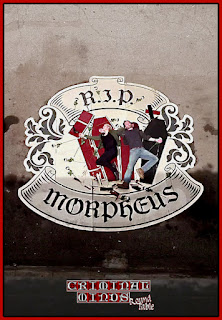 Well thought out twist and turns, even better thought out and developed profiling, everything explained in the end without having to suspend disbelief or guesswork some of the finner points of the plot. Plus the main cast was front and center and the Unsubs in their place, playing background. There is nothing else this Knight can ask for from an episode, and can only ask for more, even dare to demand, like this episode.


Fantastic job, Mr. Zimmerman and Mr. Gibson, cast and crew too, and thank you for making this Knight a very, very happy fan!