The Press Release for this episode left me wondering and intrigued, but once I had the misfortune of watching the promotional clip CBS put out, that changed to nearly terrified, and certainly as angered as I have been too many times to count because, once again, they were disclosing a main plot point that should have been kept secret. Whoever makes those promos should have been fired several seasons ago!

I like female unsubs from time to time, not too often as in real life there aren't that many female serials, but I like to see how the female brain, physically damaged or not, processes and acts upon the same urges that lead their males counterparts in that small-bit different way.

Thus, the idea of a female unsub suffering from Intermittent Explosive Disorder and Trichotillomania, two mental afflictions very few people have heard of, should have made for a great case-of-the-week. "Fate", sadly doesn't, because of its poor execution and acting. 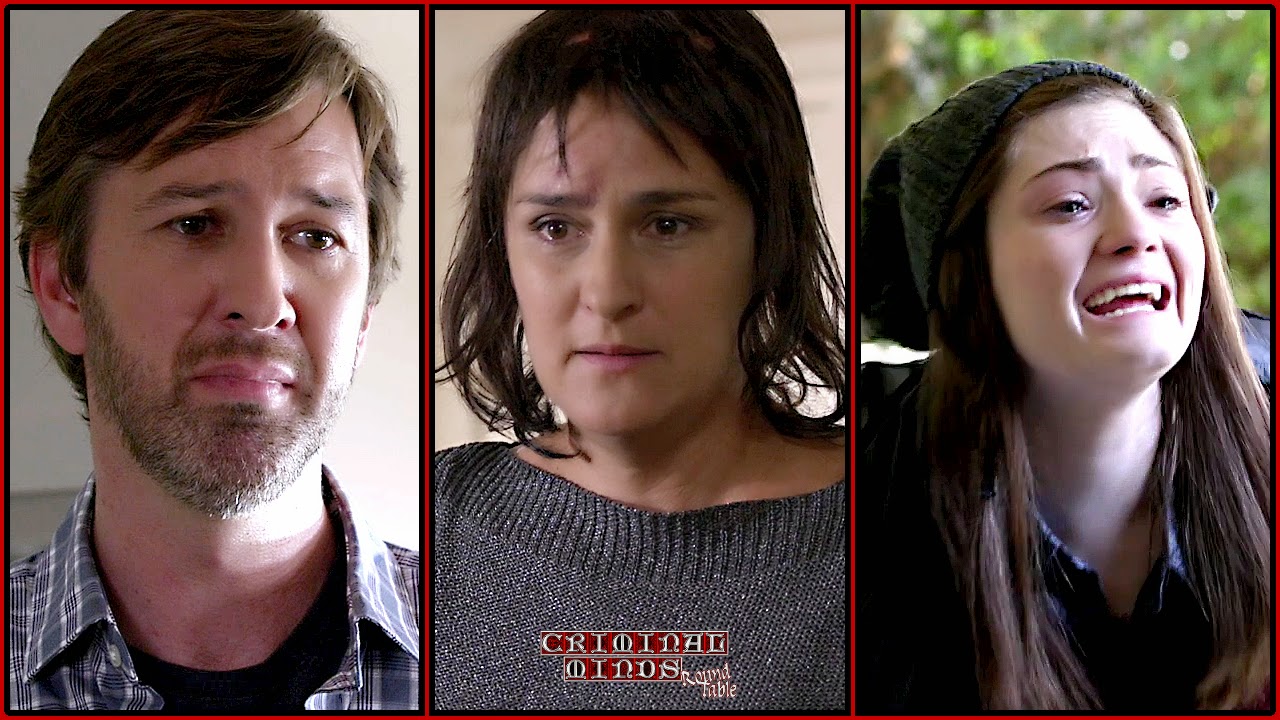 Tina Holmes playing the unsub was bad, there is no other way to put it, and was more irritating because the rest of the actors she interacts with on screen were as usual, really good. After hundreds of wonderful casting decisions failing in one only serves to give us an idea how good the Criminal Minds Casting Department is. Still is a real pity the fail comes with a character that was pivotal to the episode, especially with the excess of scenes she was in.

The execution was at times dreadful, and was so because of the same too-much-time-wasted-on-the-unsub complaint we have voiced time and again... and again!

Looks like the writers need to hear it again, so let's do so detailing what scenes made for a non-enjoyable case story line, and why:

Of course, the counterpoint is in the scenes that were enjoyable and interesting in themselves, but suffered for lack of time to make them well rounded ones:
Last, but not least by any means: how many viewers were left thinking the people responsible at the Criminal Minds Hairdresser Department did a horrid job with Ellen's wig? They didn't, the ill-fitting wig was intentional, and the cause of Ellen killing Jessica Randall; Ellen is the customer Jessica had an argument with, the argument her co-worker mentions to Hotch, and was about the wig. There was another clue in the document Garcia pulls up when looking for connections between the suspected killer and her victims. I needed to watch those too short, fast moments three times to really get the meaning. INFURIATING.

Janine walked a very dangerous line while writing this part of the episode, the possibility of turning Criminal Minds into a dreadful soap opera was sky high. She avoided it brilliantly on paper, and Joe's fabulous acting skills did the rest. 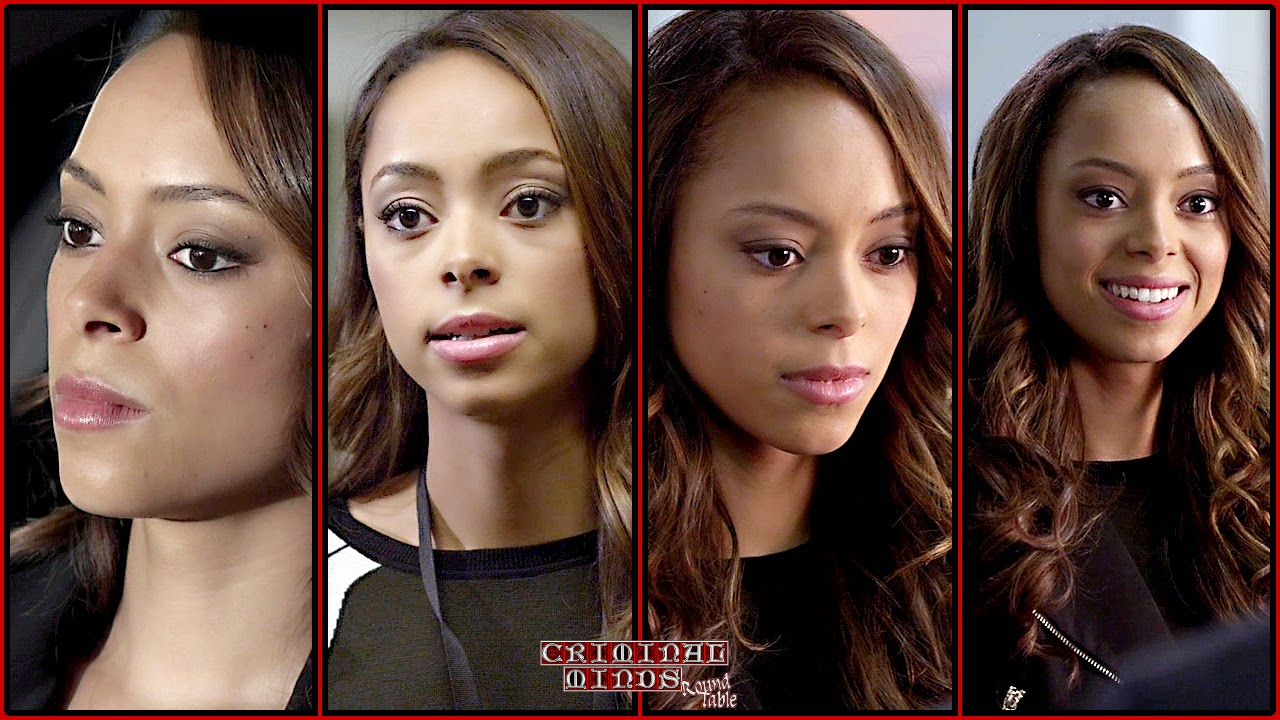 Before I delve in the details, I need to highlight Amber Stevens performance as Joy, so expressive but with subtlety, beautiful acting in every scene. I read someone who noticed she resembles Joe's daughter Gia... that is something I had missed, but is true nonetheless, and helps tremendously to make Joy even more believable as Rossi's daughter.

Springing a "secret daughter" on a main character of a veteran procedural translates 99 out of 100 times into "cliché", "lack of fresh ideas", "soap opera" and/or "jumping the shark". 100 out of 100 times translates into terror in the hearts of the fans.

We got the 1 out of 100 times when is so well done and explained, that not only makes sense, but gives us a very deep insight into said main character younger self versus his actual one. Have to say that this plot would have benefited greatly if it had been told as events happening through several weeks, instead of everything going down in the span of a measly 24 hours.

Who would confront a possible stalker, and do so with so much tongue in cheek? Only Rossi, that's who.

At this point was interesting, and mostly funny, to watch Rossi's reactions to Garcia's joking and how Kate learned a bit about the man behind the renowned name. I learned too that Rossi has been feeling lonely...


Rossi: "This is why I don't get remarried, struck out three times. I'm better off just doing my job, writing my books,... and living alone."

... said the man who had been in a serious relationship with Erin Strauss and was devastated by her death. Need another clue? In the context of the conversation, voicing that insight into his thoughts was completely out of place; you don't associate "marriage" with a supposed "admirer", less when you're trying to discover who's stalking you.

Wait! We are "fangirls",... did Rossi call us "crazy persons"? Bad boy! Of course, then he goes and tell us, and Kate, that one of his invaded his home six times, which explains his point of view too well. I felt like I couldn't be angry at him for that after all, but be happy for having learned another piece of trivia about his past.

Next time we saw him, we learned how Rossi reacts when getting scared and rightfully indignant at once: he won't listen to you, but give you a piece of his mind, and will have you removed from his presence. And he won't shout, but be forceful enough to make you to shut up, unless you've something truly powerful to say...

... that shocks him into incredulous silence.

Joy's straightforward explanation and details delivery was what put the profiler in him in motion. Rossi did know she wasn't lying, even if he was still both, incredulous and in denial.

Until then, the "stalker" had been work related, being it about his job as an agent or about his job as a writer, and that was all right to be talked in front of and with Kate. But had become personal, and he clamped down; she isn't a friend yet, he is a private and confused man, he won't share anything else with her. Kate may have needed to learn that, we already did.

The very short, on point, flashbacks of Rossi's memories went from corny to deeply insightful. We tend to remember better what we give importance to in the moment, more so when decades have passed after the events remembered. His marriage to Hayden had been the cliché "summer romance in Paris" to a T, and his first and easiest to access memory of it was as corny and cliché as the first flashback was. All "summer romances" end when reality calls to the door, and for David and Hayden meant the impossibility of remaining together due to their jobs, but more importantly due to their goals in life; the second flashback of their break up reflected perfectly the painful feeling that comes with that awareness. Because the feelings remain, at least for a time, the couples try to remain in contact; that's what we saw in the third flashback, and that was the moment Rossi realized why Hayden had sounded off and the moment he fully accepted Joy as his daughter.

And we got the end, the most powerful performance I've seen Joe deliver in the show. He hit all the right notes while doing so, and as a result, Rossi's confession of his present feelings and his younger self's were worth all the fears and all the anxiety this story line had given me, and then some. BRILLIANT.

The Case Plot is thankfully finished and can be forgotten.

Rossi's Plot is not, and we have been promised follows up through the season. This Knight will wait with bated breath for those moments, fully aware that reaching again such high point as this episode does will be complicated. This Knight will be seriously pissed of though if we are cheated out of the conversation Rossi owes to Hotch about all of this.