A little kid, a cute baby, impatient businessmen, families on vacation... People, normal people traveling unaware that the delusions of a madman would interfere with their lives before their flight could reach their destination, would steal their future. Sometimes I find those first scenes of an episode a bit too long; this time they were needed for us to really grasp the tragedy about to unfold - it wasn't about a machine smashed to pieces, but about all those unique lives being lost. 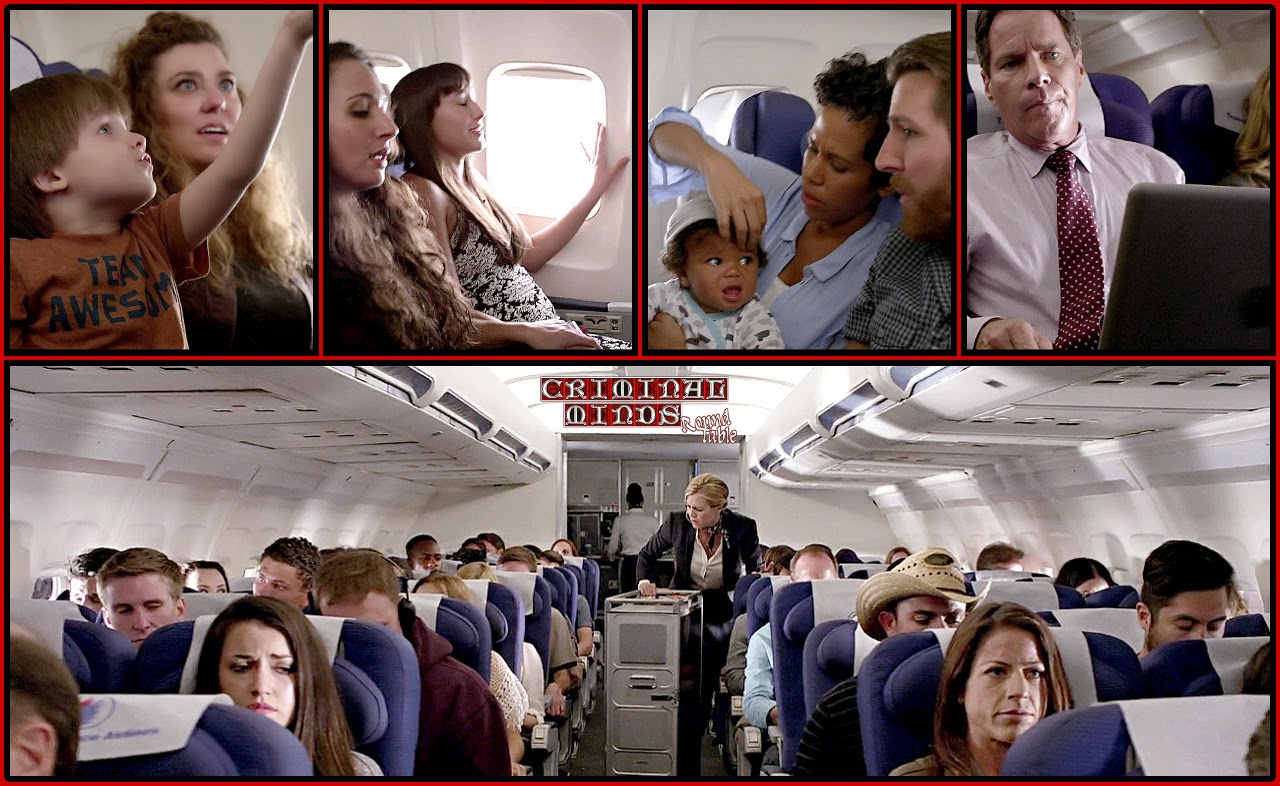 From there on we are treated to what we never see when, in real life, our news suddenly fill with the images of a plane crash somewhere in the world; what happens during the investigation to know the causes and what kind of actions can be ordered if the situation warrants the most extreme measures for the safety of the many.

We never see the crash. Instead we get JJ and Kate during their morning coffee run talking on the phone with Penelope; nine out of ten times this set-up would give us some silly and funny conversation among the BAU ladies, this time we get a very serious Garcia sending the agents directly to their jet to fly to the location of their next case. The mood was set with a very short, perfectly on point scene. And is followed with another very short, perfectly on point one inside the jet, with the agents learning the few known facts, including the first big piece of the puzzle - highlighted by Reid and his statistics, because yes, is really unusual for a plane to just go to pieces in the middle of a flight without "help", - and their role, they will be part of the Joint Task Force just formed to investigate the "accident".

There were some small differences with real life images of a crash site, but have to say the crew did an outstanding job recreating it all, too good if the shudder that went through my spine can be used as an indicator because I was forcibly reminded of another plane from the Netherlands shot down in the Ukraine a few months ago. 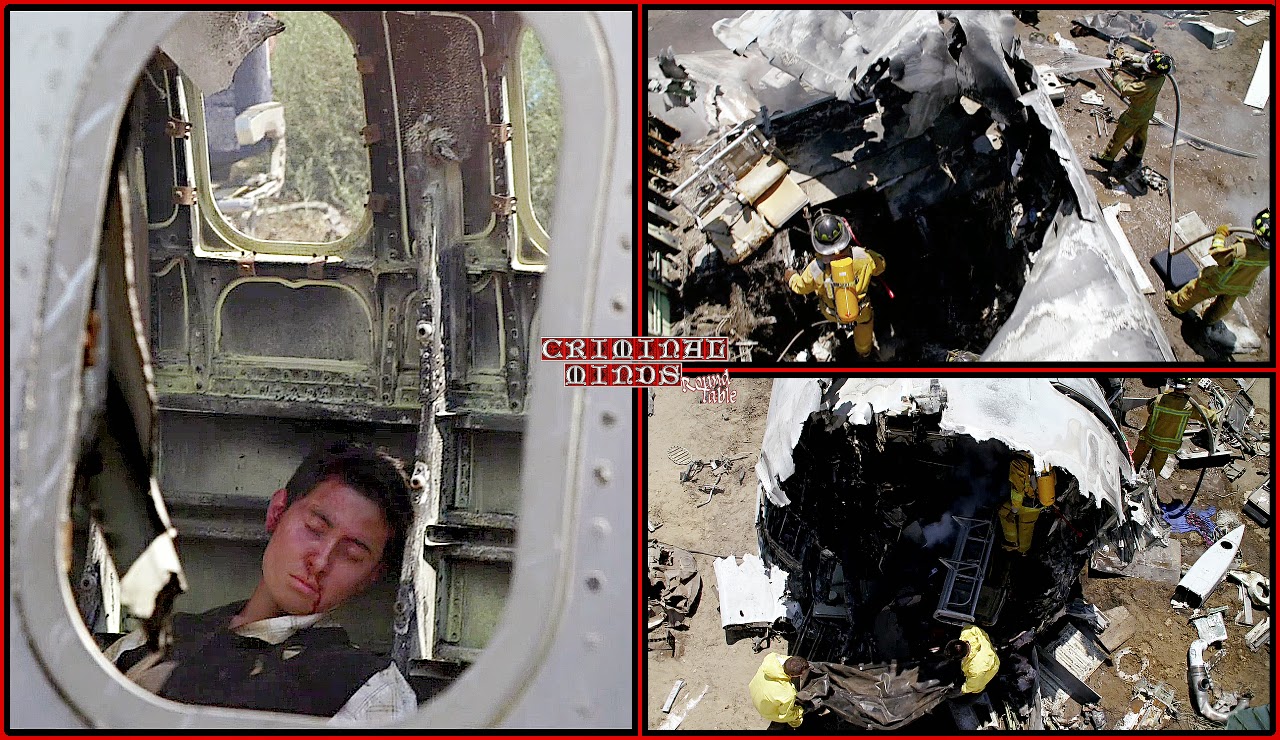 For Callahan, the memories brought to the front were those of 9/11, but of course there is no more closeness than the one had with loved family. On the jet, when learning what the case was about, Kate looked disturbed, subtly enough that nobody caught on it then. But her disquiet continues, and she is alone with Reid, and he notices and comments, and we learn how she lost her sister and brother in law and how she has since raised their then baby girl Meg, the teenager we were introduced to in the premiere. Was great having Callahan pointing right away that she doesn't want to be, and isn't, the "weepy agent", and was fitting that Reid shared Maeve's tragedy to help put her at ease.

For me, though, Reid sharing so casually his mom's schizophrenia was a bad shock; while is true that now the others know about her and her illness, he has never been "casual" about it, took him years to let the others know, and even then was under duress. I interpret this as big of a fail as the casualness Reid showed when he talked about Diana's apparent improvement and learned about her trip in season 9. Just no, Reid isn't a newcomer to the show whose background is still being written, we have too much history with him to accept such changes in how he reacts to important, personal events blindly.

Other than that, there was so much good in this episode, that I will forever think of it as one of the best of the series. Why? In no particular order: 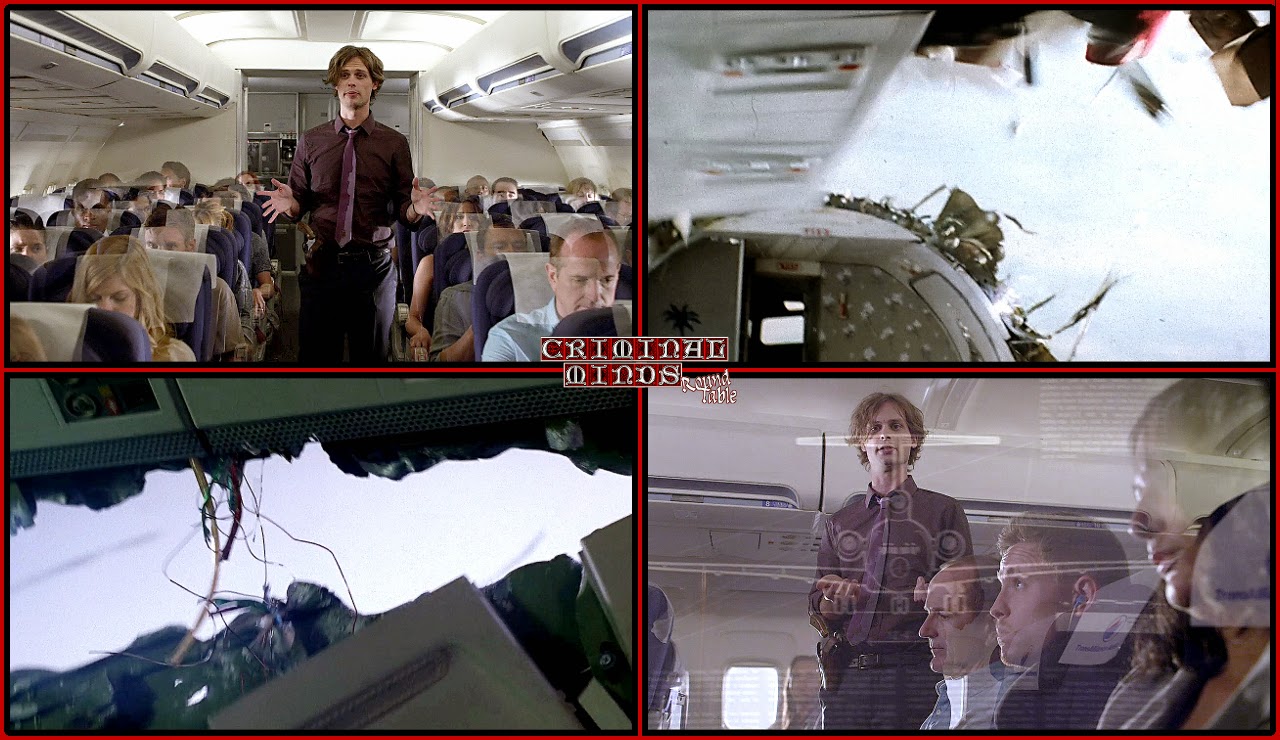 GREAT DETAILS:
What earns this episode the Brilliant adjective is the sum of all of the above, plus the fact that the reasons behind the unsub's behavior weren't outrageous but terrifyingly believable. There was no conspiracy, no complex terrorist organization, nothing far-fetched (all that was thought of and discarded), but a run-of-the-mill serial killer using his skills to feed his delusions; back to square one and let's study his victims to catch him, is business as usual. 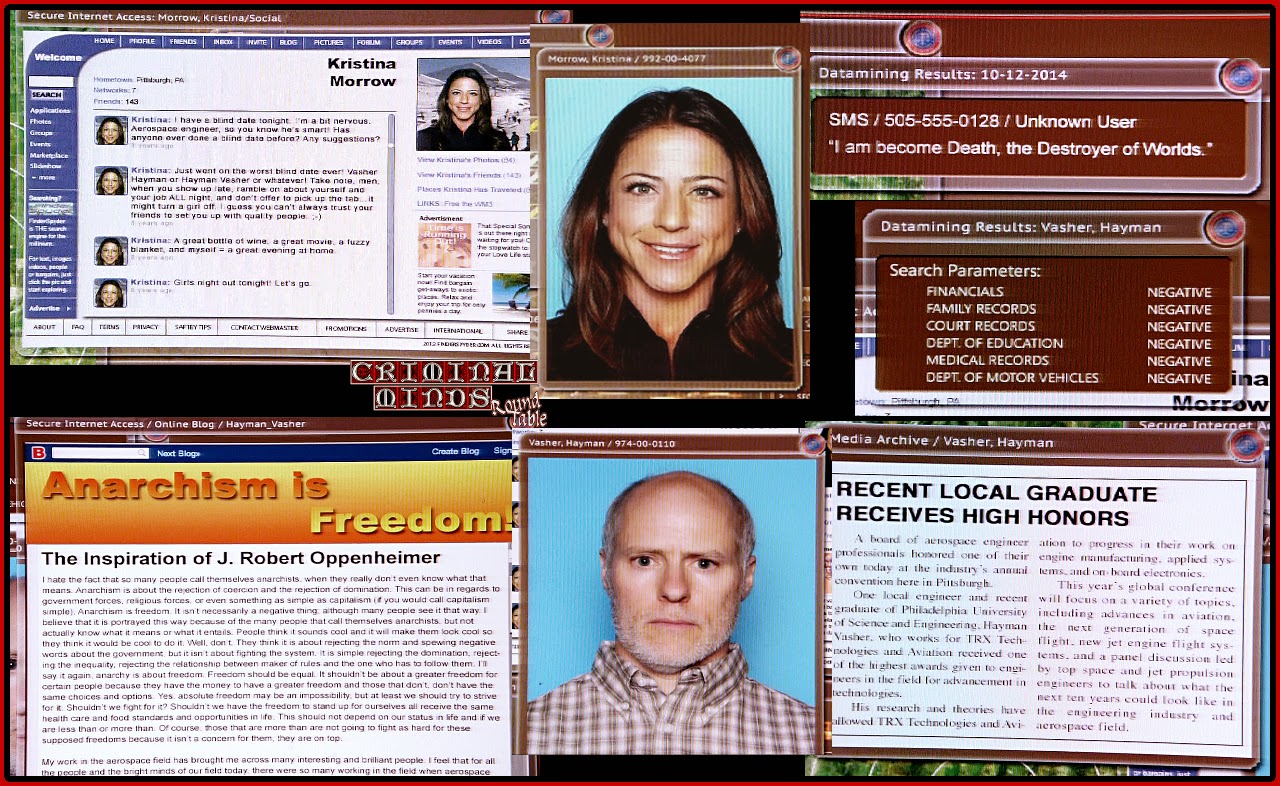 Ladies and Gentlemen, Viewers and Writers, this is one of the main reasons we got hooked up to Criminal Minds; we were given a believable idea and, without really seeing anything (no gore, no gore, no gore, no unsub wasting screentime doing their thing), our imaginations were freed to do the work: terrify ourselves. What Vashar did is possible (thankfully, not probable), we can easily imagine it happening... to us... next time we catch a flight.